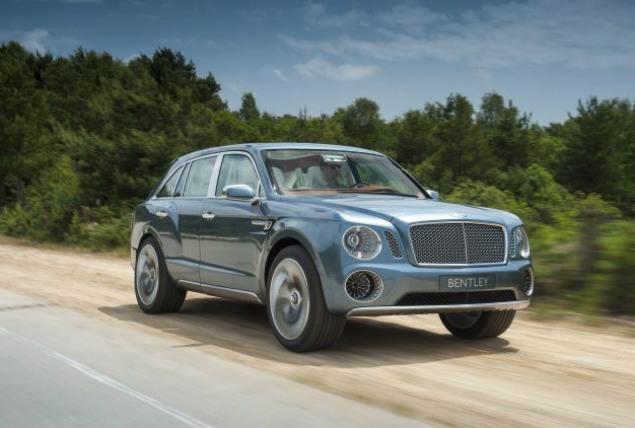 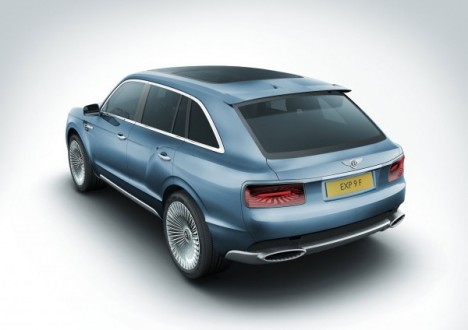 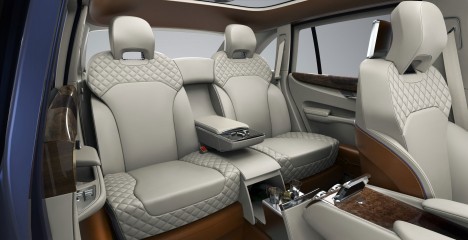 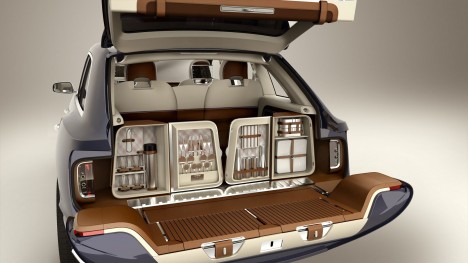 The car, expected to go into production — possibly in Eastern Europe, rather

than in Britain — in 2015-2016 will be priced to compete with the recently
launched Range Rover. A top-of-the-range Range Rover, with all available
optional extras can cost up to £125,000, (about US$189,000) and the Bentley,
which is provisionally being referred to as the Falcon by Wolfgang Schreiber,
Bentley’s chairman and chief executive, is expected to represent the same value
but with more exclusivity.

The Bentley XP 9F concept features a modified version of the Continental‘s 6.0
liter twin-turbocharged W12 engine. However, hybrid and V8 designs are also being considered for future production.
The big SUV rides on massive 23-inch wheels and tires and features a panoramic glass roof, twin elliptical exhaust pipes and a split two-piece tailgate.
The 4+1 cabin is trimmed in both soft-touch and saddle leather, wood veneers and polished aluminum, bronze and gunmetal.
Share this using Nubby:

Posted In
LUXURY, LYFESTYLE
Tags
About The Author Create Your Own Maserati Commercials Like A Pro
Read More
225986 Watch This Car Heal Itself From Scratches & Dents
Next

New Motorola Lets You Add, Remove, Change, Upgrade Any Part Of Your Smartphone
Subscribe To Digilyfe
Trending In Tech